Simbe Robotics, a developer of grocery store inventory robots, today announced it has inked a deal with Schnucks Markets to roll out robots to over 100 supermarkets across the U.S. In 15 Missouri and Illinois pilots during the pandemic, Simbe claims its robots have sped up inventory and replenishment by 14 times at Schnucks locations while minimizing the number of workers in the aisles, reducing out-of-stock incidents by 20%.

Robots are coming for the grocery aisle, promising to save storeowners time by inventorying stock quickly and accurately. Research and Markets anticipates that the global brick-and-mortar automation market will be worth close to $18.9 million by 2023, which some analysts say could cut down on the billions of dollars in lost revenue traced to misplaced and erroneously priced items. Robots also have the benefit of promoting contactless, physically distant shopping and work environments. A July survey by researchers at Pompeu Fabra University found that over 195 different kinds of robots have been piloted in hospitals, health centers, airports, office buildings, and other public spaces since the start of the pandemic. 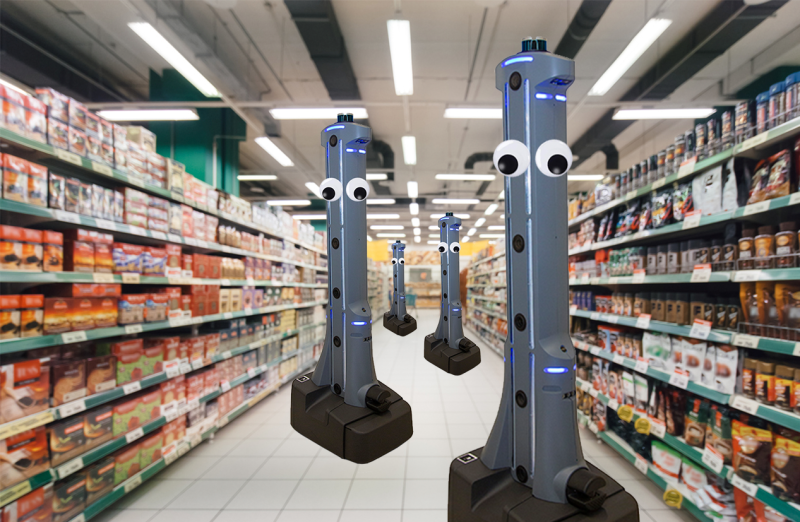 When installing the 6-foot, 85-pound, 12-camera Tally, Simbe drives the robot around to create a store map and “teach” it the location of its charging dock. (Simbe claims customers see Tally achieve baseline accuracy in about a week.) Once configured, Tally operates on its own, only requiring remote or on-site servicing if something goes wrong.

Tally taps computer vision to determine which products are missing from a shelf and which (if any) lack facings and RFID, allowing it to take precise inventory counts. A single robot can scan 15,000 to 30,000 products per hour, or around 80,000 SKUs in roughly two hours. That’s compared with the average employee, who spends 20 to 30 hours a week scanning 10,000 to 20,000 products.

In a typical setup, Tally performs rounds three times per day: once in the morning to check the previous night’s restock, once in the afternoon to fill holes with backstock, and again in the evening to provide recommendations to restockers. It’s designed for grocery stores, drug stores, value stores, clothing stores, and consumer electronics stores larger than 5,000 square feet and captures all items excepting bakery, deli, and produce. 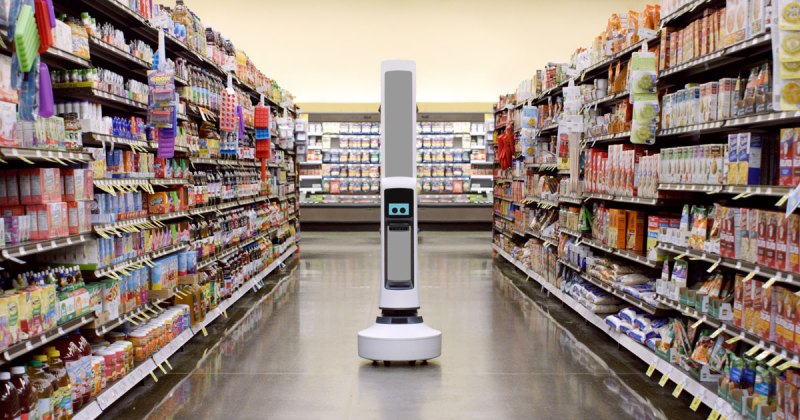 There’s a benefit for customers, as well. Via a mobile app, Tally provides product location information at select stores, down to the aisle and section number.

Simbe doesn’t sell Tally units. Rather, the company provides retailers with the hardware for a monthly service fee, which varies depending on factors like deployment size, the number of SKUs scanned, and whether computer vision and/or RFID scanning are actively used.

Simbe competes with a number of companies in the retail automation space, including San Francisco-based Bossa Nova, which last year raised $29 million for a robot that scans store shelves for missing inventory. Penna Systems eschews wheeled robots for autonomous quadcopters that track store inventory from above. U.K. supermarket chain Ocado — one of the world’s largest online-only grocery retailers — has engineered a packing system that uses computer vision to transfer goods. And Takeoff Technologies’ platform, which works out of pharmacies, convenience stores, and quick-service restaurants, doubles as a pick-up station, complete with lockers for easy access.

But Simbe has the benefit of an agreement with SoftBank that will enable it to build 1,000 additional robots within the next few months. With a $26 million funding round that closed last September, the company looks to be well-positioned for growth.