The name and picture of Vladimir Putin’s ‘lover’ has dramatically vanished from the website of the media empire she controls.

Alina Kabaeva, 38, was prominent on the Board of Directors section of the National Media Group (NMG) but has suddenly disappeared – amid fears of Western sanctions.

He singled out Kabaeva’s TV and newspaper group arguing that it was likely owned by Putin  personally. Her salary has been estimated at almost £8 million a year.

Navalny posted from jail: ‘I want to remind you that the National Media Group, which owns the lion’s share of this apparatus of lies, undoubtedly belongs to Putin personally, and as such is even formally headed by Putin’s mistress Alina Kabaeva.’

There was no explanation from NMG for this week after removing Kabaeva’s name and picture, where she posed in a business jacket, along with the rest of the directors’ section on the site, leaving a blank page.

She had held the post of chairman of the board since 2014, despite having no previous media or business experience.

Alina Kabaeva and Vladimir Putin at an event in the Kremlin. She is said to be Putin’s lover 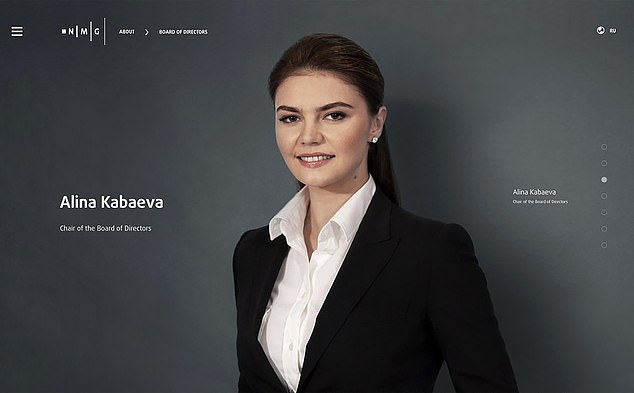 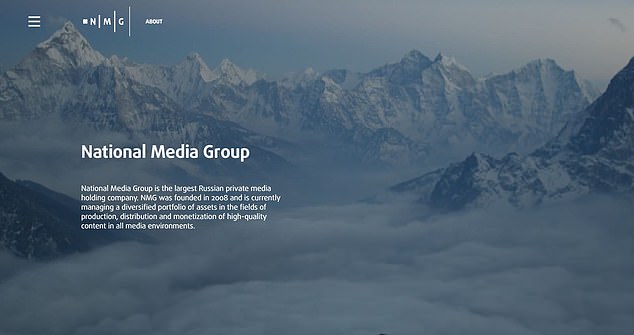 There was no explanation from NMG for this week after removing Kabaeva’s name and picture, where she posed in a business jacket, along with the rest of the directors’ section on the site

Navalny said: ‘The most decisive measures must be taken to make the work of these Goebbels’ heirs more difficult, from a complete ban on the supply and maintenance of equipment, to the search for their assets in the West and visa ‘black lists’.’

The power of the state and privately-owned pro-Kremlin media is seen as vital in supporting Putin in the war.

‘Propagandists create a public opinion that no longer simply allows Putin to commit war crimes, but requires them from him,’ said Navalny.

Kabaeva has kept a low profile in the war but her media has been vocal in cheerleading for Putin.

Earlier she ignored the lurch towards war when she was caught in a video in December dancing in Moscow.

There has been speculation she and her supposed secret family with the Kremlin strongman have been hiding either in Switzerland or in one of several high-grade bunkers in the Urals, Arctic or Siberia.

A petition demanding she is thrown out by the Swiss authorities has garnered 75,000 signatures, demanding that ‘it’s time you reunite Eva Braun with her Führer’.

Rumours first linked her romantically to Putin as long ago as 2008 when she was a pro-Kremlin MP.

The newspaper printing the story was rapidly closed down.

Putin – who in 2013 announced his divorce from wife Lyudmila, a former Aeroflot stewardess – has previously said: ‘I have a private life in which I do not permit interference. It must be respected.’ 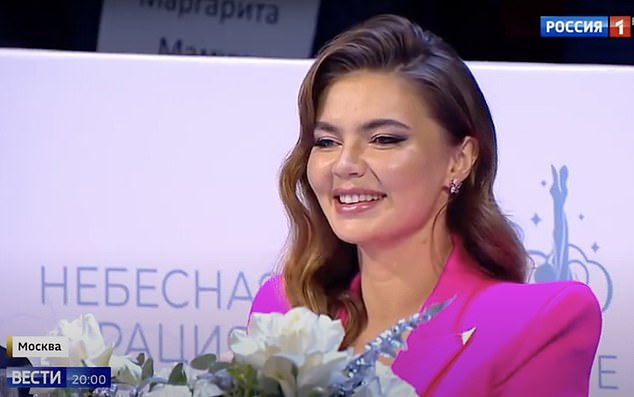 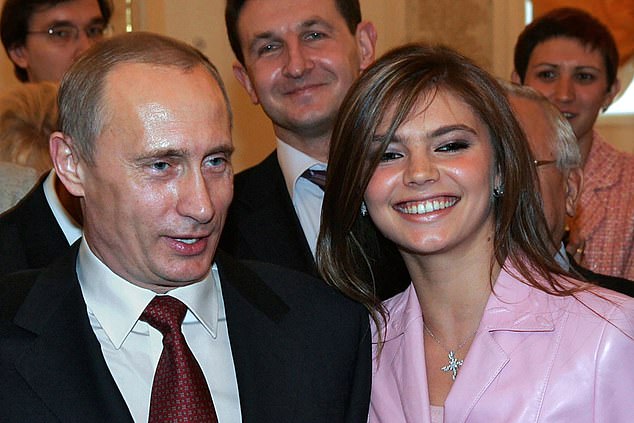 Rumours first linked her romantically to Putin as long ago as 2008 when she was a pro-Kremlin MP.

Kabaeva is on record as saying she had met a man who ‘I love very much’, gushing: ‘Sometimes you feel so happy that you even feel scared.’

In 2001 Kabaeva was temporarily banned from competing in rhythmic gymnastics after failing a doping test.

A year earlier she had won gold at the 2000 summer Olympics.

Once regarded as Russia’s most eligible woman, her only other suitor was a married Georgian policeman, according to media reports.

This relationship petered out in 2005 amid complaints of tabloid intrusion into her life.

She once posed almost nude for Maxim and was described as ‘full of sex’ by a photographer.

There have been many reports of her wearing a wedding ring, but no records of a marriage.

She is reported to have a fleet of Maybach limousines at her disposal, and was seen surrounded by a squad of machine-gun toting security guards on visits to a Moscow cafe, a likely indicating of state-level security.

Many Russians saw her as the reason for the breakup of Putin’s marriage to ex-first lady Lyudmila, 63, mother of his two adult daughters. 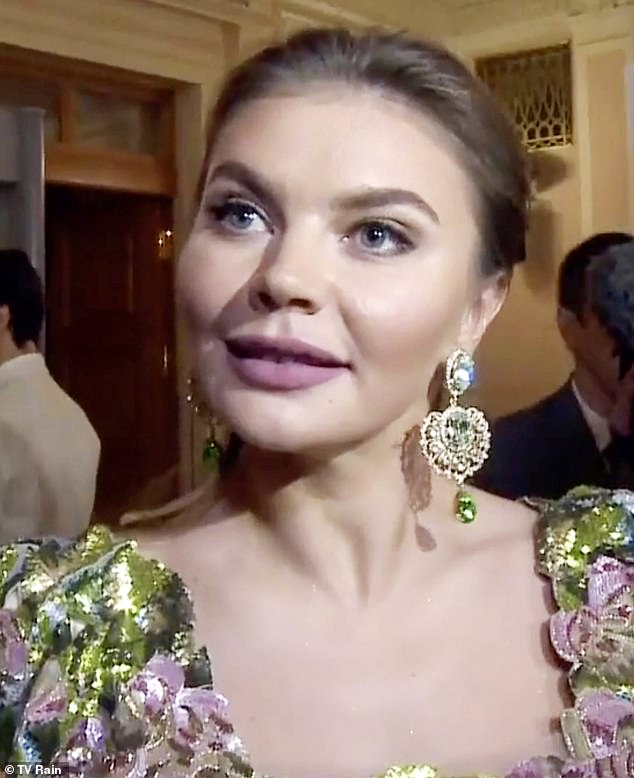 Once regarded as Russia’s most eligible woman, her only other suitor was a married Georgian policeman, according to media reports

The dictator of neighbouring Belarus, Alexander Lukashenko hinted that Putin’s divorce decision came about because Kabaeva ‘put pressure on the president’.

Frome 2018 she disappeared from the public eye for almost three years, amid suspicions she had given birth to twins at a Moscow hospital .

Tabloid Express Gazeta recounted in May when she was still out of sight: ‘She literally vanished.

‘After the giving-birth-to-twins reports nothing was heard about Kabaeva, as if she had disappeared.

‘Alina is not giving interviews, nor attending social events, nor participating in any TV programmes.

‘One can only guess what is happening in her private life.’

In her only statement linked to the war, Kabaeva slammed the refusal to allow the Russian team to compete at the Beijing Paralympics.

‘There has never been a more shameful page in the history of world sports,’ she said.

‘They did not worry and did not remove from the competition any country that participated in the destruction of hundreds of thousands of civilians in Yugoslavia, Iraq, Libya, and Syria.

‘But sports officials were very angry when Russia decided to protect the Donbas and Luhansk from the Nazis.’

She complained that Olympic officials ‘tried so hard to humiliate the Russians, banned our symbols, flag and anthem’.

But still Russians succeeded ‘due to the talent of our athletes.

‘Russia was, is and will be a great sports power – and you can’t do anything about it.’

NMG is seen as under the sway of Yury Kovalchuk, 70, a sanctioned oligarch very close to Putin.