Shares of 2U, Inc. (NASDAQ:TWOU) fell 18.6% in the month of September, according to data from S&P Global Market Intelligence. The online education provider cooled off after the stock had run up over the first eight months of the year, like much of the technology sector. 2U did recently sell shares to the public, but that was back in August after a strong second quarter earnings report.

Additionally, the company may have suffered from some guilt-by-association after another online education rival came under scrutiny by a short-seller. 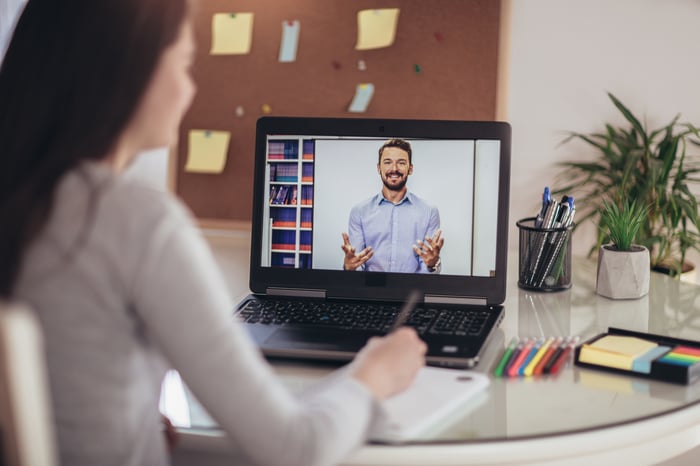 In the second week of September, online education rival K12 (NYSE:LRN) fell after the Miami-Dade schools district cut ties with K12 after trying it out. Short-selling firm Safkhet Capital applauded the decision and called K12 an “education vulture.”

The heightened scrutiny of K12 might have affected how investors view the risk of other companies in the online education space, 2U included.

When a company trades at a relatively high valuation, ancillary or minor negative headlines can have a big effect on the stock movement. That may have been the case with 2U, which had gone up a lot this year as work and educate-from-home names skyrocketed.

Last quarter, 2U reported 35% revenue growth, but adjusting for the recent acquisition of short-course higher education company Trilogy, organic revenue growth was only 18%.

Though 2U trades at a cheap-looking 3.2 times sales when compared with other software stocks, the company still lost a whopping $312 million over the past 12 months. With Miami-Dade showing that relationships between educational institutions and online service providers may not be so “sticky” after all, investors fled high-flying online education providers for safer pastures this fall.